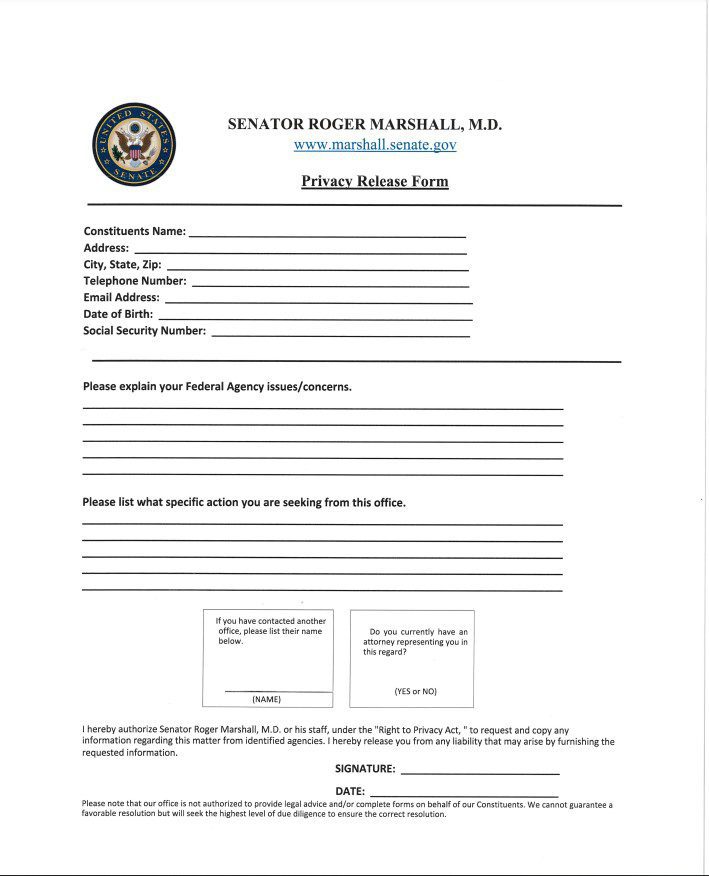 Clay Center, KS- Senator Roger Marshall sent Tyler Mason, a representative to the Clay Center Carnegie Library this afternoon to speak to the public about issues and concerns they are having with any federal agencies.

Mason said that many people feel that because it’s a small town, they feel that their voice doesn’t matter when it comes to the big topics, and that is far from the truth. Senator Marshall’s offices understands that not everyone can make it to the state office, so people are sent to help them stay connected to everyone.

Mason said only three people showed up to speak to him, topics included gender and equality, inflation, and veteran assistance.

Regardless of how the issues get brought to Senator Marshall, Mason says Senator Marshall does weekly updates every Friday from the people that have been out in the field to listen to the concerns of the citizens, and that information that is sent back to him, is what he’s going to use if he needs to go to the floor and argue about anything.

Senator Marshall sent out a press release earlier in the day regarding the free lunch programs that are at risk of being struck down if they don’t match to the transgender equality.

The privacy release form that Mason referred to can be found at the bottom of the page.  He stated that if you have any questions or concerns with any Federal Agencies in the state, to fill it out, and submit it to marshall.senate.gov.

You can find your office locations on marshall.senate.gov/contact to submit your form and concerns. 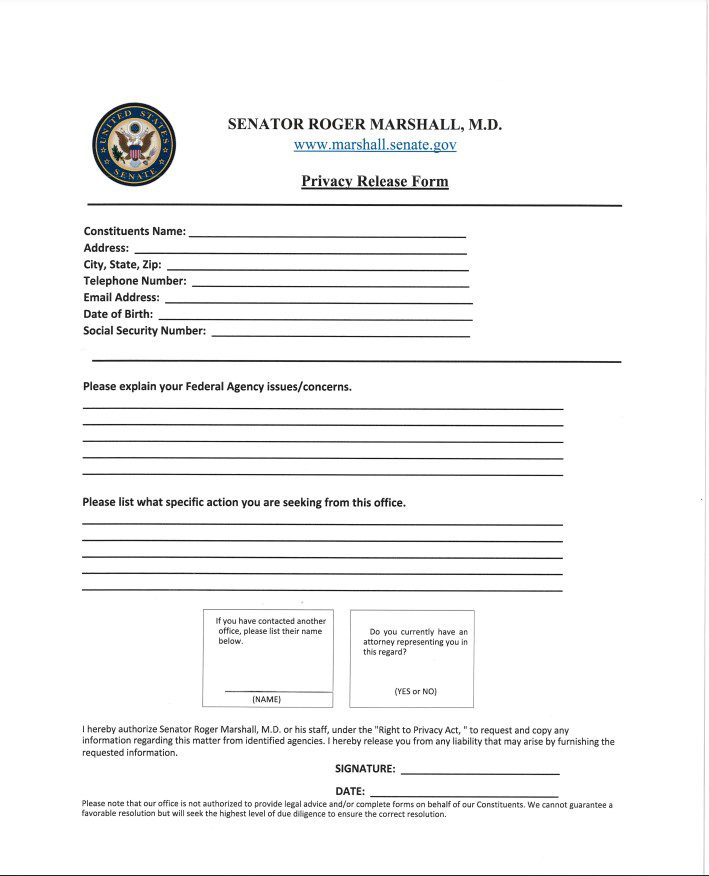