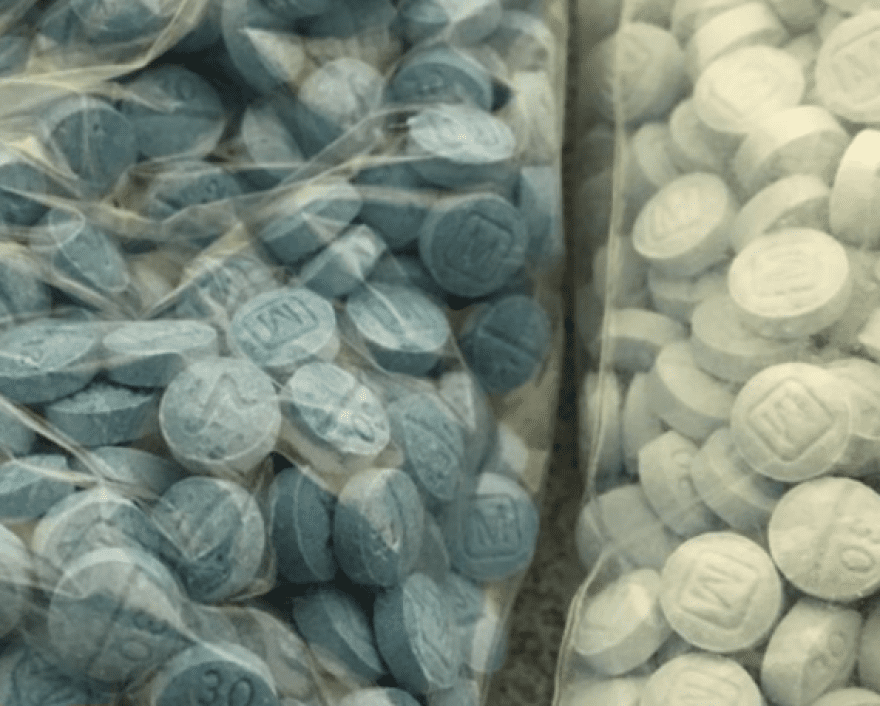 Sedgwick Co., Kan. — A recent decision to let people continue treatment for drug addiction while in the Sedgwick County Jail in Wichita reflects a significant shift in thinking at Kansas sheriffs’ offices that is gaining momentum.

Sedgwick officials no longer take people off of their prescriptions for medications such as buprenorphine when booked into jail.

No one keeps a tally of how many Kansas jails allow incarcerated people with opioid or alcohol addictions to receive the combination of medication and counseling that can help them.

But nationally, only a fraction of jails do so, researchers say.

Sedgwick’s joins at least a few other Kansas jails that do so, including Crawford County’s in southeast Kansas.

“I mean, something’s got to change,” Crawford County Sheriff Danny Smith said of the decision to allow addiction treatment. “Otherwise, it’s just a revolving door all the time.”

Studies suggest two-thirds of prison inmates have substance use disorders. Allowing treatment for people in jails or prisons aims to break the cycle of incarceration — and to save lives.

Fatal overdoses have rocketed during the pandemic in Kansas and nationally, driven in large part by dealers selling drugs laced with fentanyl. Spiking methamphetamine, cocaine or oxycodone with this synthetic opioid makes those substances even more potent and addictive, but also easily lethal.

When someone who suffers drug addiction gets out of jail or prison, they face an elevated risk of overdosing soon after release.

A few years ago, Smith got a call from the Community Health Center of Southeast Kansas. The center had funding to launch a treatment program for the 108-bed jail, if Smith would allow it.

“Honestly,” Smith said, “our willingness to have our facility used for this is a no brainer.”

The program launched in August 2020. He hopes for “a ripple effect” that will help people heal, get jobs, repair family relationships and stay out of jail.

Since the program began in August 2020, 207 incarcerated people have volunteered for it. The treatment isn’t court-ordered or part of probation deals. Most have continued their care after leaving jail.

Doctors prescribe medications to reduce cravings for opioids or alcohol, ease withdrawal symptoms and even block the brain from being able to get high off of drugs such as oxycodone and heroin.

Tanner, a Wichita resident in recovery, said this played a critical role for him. (The Kansas News Service is not using his last name to protect his privacy.)

He first encountered opioids more than a decade ago, shortly after finishing high school.

A doctor sent his friend home from surgery with painkillers — a prescription so ample that the friend shared them with others.

Once the pills ran out, Tanner and his friends began looking for opioids elsewhere.

His use spiraled out of control, particularly after one friend overdosed on heroin and died. That spurred Tanner to get high more and more often.

“Depression and all that started setting in pretty heavy,” he said. “Wanting to mask the feelings of hurt, pain, guilt.”

Tanner stole from relatives and his workplace to buy drugs, and ultimately landed in jail.

After several years, he entered treatment in 2012 with a combination of counseling and medication, and felt relief.

He tried once to get high while taking his new prescription, but felt nothing.

“Why waste my money (on opioids), when I’m not going to be able to feel anything from it?” he said. “There’s no euphoria. There’s nothing. I mean, that’s the huge thing — if you take the medication right.”

Treatment in jails and prisons

Traditionally, though, many jails and prisons across the country haven’t allowed medications that combat drug and alcohol addiction.

That means people can’t connect with a physician to start treatment while they’re incarcerated.

It also means people who were already in treatment programs before being booked lose access to care while locked up.

Medical professionals and counselors who work with addiction have pushed for quality care based on decades of research. And civil rights lawyers have filed lawsuits that led to settlements or court orders.

In 2019, a judge ordered a Maine county jail to let a woman continue buprenorphine during her 40-day sentence.

The same year, the American Civil Liberties Union of Kansas and the ACLU of Missouri sued the federal prison system for denying medication to a man sentenced to serve time at Leavenworth penitentiary. Two days later, the Federal Bureau of Prisons agreed to let him continue buprenorphine.

County jails in Kansas that allow such medications say they get phone calls from other sheriffs interested in following suit.

Recently, the Sedgwick County Jail began letting people continue methadone and similar medications after being booked. Previously, only pregnant women were allowed to do so.

“Our jails are full of people who are our families, friends and neighbors,” said Col. Jared Schechter, the jail administrator. “If they make a mistake and break a law or have a probation violation and end up back in jail for a short period of time, should they be removed from this medication that’s helping them with their addiction?”

“That’s probably not the best way to help them reintegrate into the community,” he said.

For now, the change only applies to people who began treatment before entering jail. But the Sheriff’s Office hopes to extend the care to anyone who wants to start treatment after entering jail and is exploring the cost.

Groups who help people in recovery see that as a positive step, but want to see more effort to treat people outside of jails and prisons, and to prevent addiction entirely.

“From an economic standpoint, there certainly is a strong case to be made here for MAT (medication-assisted treatment) within the prison system,” said Ngoc Vuong, a community mobilizer for Partners for Wichita. “But also I’d say, MAT as an alternative to incarceration in the first place.”

Partners for Wichita operates a Safe Streets program to combat addiction and overdoses.

Additionally, criminal justice researchers say jails and prisons that offer medication-assisted treatment often limit access in practice. Or they restrict inmates to naltrexone, for example, even when a different prescription might work better.

As of last year, the Marshall Project found that very few federal inmates who could benefit from it actually receive medication for their substance use disorders.

The Marshall Project also concluded that many state prison systems, including that of Kansas, limit medication options or access in one way or another.

A spokeswoman for the Kansas Department of Corrections said inmates can continue medications for drug addiction after entering prison. And others can undergo medical assessment to potentially start treatment.

“That is a big development,” said Warren, a professor at the University of Kansas School of Medicine-Wichita. “Overdose after leaving incarceration is its own kind of public health epidemic … Maintaining people on buprenorphine during their incarceration period is something that is really important.”

And when people exit jail, they should leave with clear connections to long-term help.

“There are ways to link people to care afterwards that do not have to be phenomenally challenging,” Warren said.

Some treatment programs have grants to help people who can’t afford treatment, and staff who can meet with people before their release from jail to arrange access to care and medication.

That’s the case at Douglas County Jail, where people can start addiction treatment and work with a case manager who assists them for half a year or longer after leaving jail.

“Everybody enters recovery at different stages,” she said. “Sometimes it may take a person one time through inpatient treatment … Some people, it doesn’t happen like that.”

Most people do achieve long-term recovery from addiction, although the process often takes years and involves relapses.

“This is a huge need,” Neis said. “Folks coming in and out of our facility, if they’re ready and willing to work, then we’re here for them and can get them where they need to go.”

Celia Llopis-Jepsen reports on consumer health for the Kansas News Service. You can follow her on Twitter @celia_LJ or email her at celia (at) kcur (dot) org.