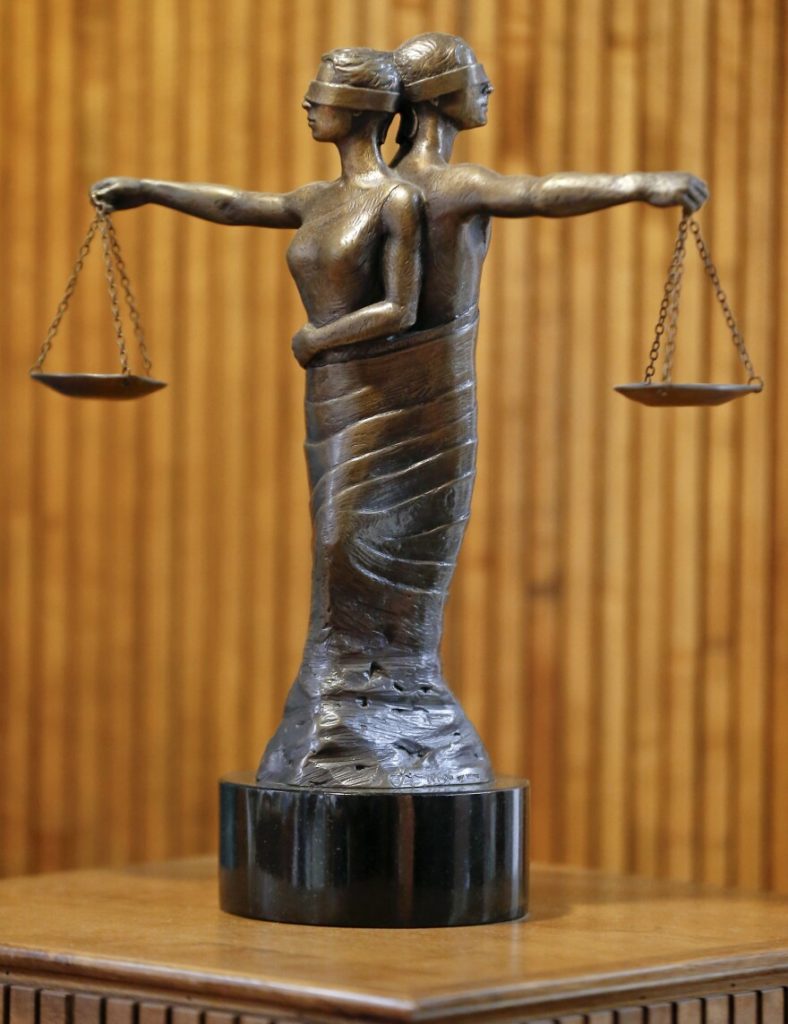 Topeka, Kan. — After Tyler Williams spent much of his teenage years locked up in the juvenile jail system, he found himself at 19 owing more than $1,000 to the state of Kansas — including an $840 fee for hauling him from Oklahoma to face charges in Junction City.

Working a minimum wage job, it took Williams two years of his young adulthood to wipe out all the fees and fines from his crimes as a kid.

“It was a sigh of relief,” he said. “Having that burden gone definitely helped me get into a better mindset and take control of my life.”

Fines and fees are commonly used to punish offenders and fund the court system, but critics argue they mostly make it harder for people to get their lives on track.

That’s fueled a push to make the courts less reliant on ringing up revenue from people convicted of crimes. Advocates for tossing aside many of those fees and fines say lawmakers should consider dumping them if they want people to escape from cycles of poverty and crime that tend to land people back in jail.

So far, one committee in the Kansas House has discussed ditching the charges in the juvenile system. But there’s no legislation pending yet that would put that change into law.

A survey by the Alabama Appleseed Center for Law and Justice found that 38% of the almost 1,000 people it talked to turned to crime to be able to pay off their court debts. Others surveyed gave up essentials like groceries to make payments or took out loans.

Unpaid costs in Kansas could also cause someone to lose their driver’s license, which makes it harder for them to get to work.

“There’s a lot of unintended consequences with it,” Williams said. “You’re just throwing them into society expecting them to fly when everything says that they’re going to sink.”

Ed Klumpp, who represents multiple law enforcement advocacy groups in Kansas, said fines are one of the most reasonable tools in dissuading someone from committing a crime. Some crimes, like speeding, aren’t serious enough to warrant jail time but do need some type of negative consequence.

Without penalties, Klumpp said, people are less likely to follow the law. But he said that fines hit people differently based on their incomes. Courts can adjust monetary penalties so they aren’t too onerous to low-income people.

Williams, a community leader with youth justice advocacy group Progeny, said fines wouldn’t have deterred him from the crime that got him locked up in his early teens. But finding himself with $1,000-plus debt at 19 made it harder to get his life in order after his release.

While they sound similar, fines and fees are two different things. Fines are used to punish someone for a crime, like paying for a speeding ticket. Fees help cover the cost of expenses in the court system, like a fee to file court documents.

In Kansas, fees for court-appointed attorneys and getting past convictions expunged off someone’s case can cost hundreds of dollars.

Fees are also an unpredictable revenue source. The COVID-19 pandemic closed down courts and kept more people at home. That led to a $7.3 million budget shortfall and a hiring freeze for Kansas courts last year. The courts usually receive $28 million in fees to fund core operations, but that total has been lower the past two years because of the pandemic. Some courthouses might have closed if not for the additional money approved by the state Legislature.

In a 2021 report, the Fines and Fees Justice Center found $27.9 billion worth of uncollected fines and fees nationwide. Joanna Weiss, co-director at the Fines and Fees Justice Center, says that number severely undercounts the real total because most states either reported partial data or had no data on uncollected fines and fees.

Kansas did not provide data for the study.

“(Fees) have no place in the criminal legal system,” Weiss said. “The justice system is meant to serve everyone, and so it needs to be funded by everyone.”

Klumpp said fees should never be used to punish someone for a crime, but said it isn’t unreasonable for someone who created the court cost to have to pay for it themselves, as long as they aren’t unrealistic. Some fees can, and regularly are, waived when someone is unable to pay.

Kansas Supreme Court Chief Justice Marla Luckert has proposed shifting away from fees. Luckert urged lawmakers earlier this year to pass legislation that would send fees to the state’s general fund rather than direct them just to the court system. In turn, the Legislature would direct a steadier stream of funding to the judicial system.

The bill would not reduce any fines or fees associated with the criminal justice system.

Luckert said the state’s much larger budget is better equipped to handle shortfalls from fee collection. The courts currently rely on fines and fees to fund 20% of their operations.

Rep. Troy Waymaster, who chairs the House appropriations committee, said the current funding model is limiting how the courts can function.

Blaise Mesa reports on criminal justice and social services for the Kansas News Service in Topeka. You can follow him on Twitter @Blaise_Mesa or email him at blaise@kcur.org.