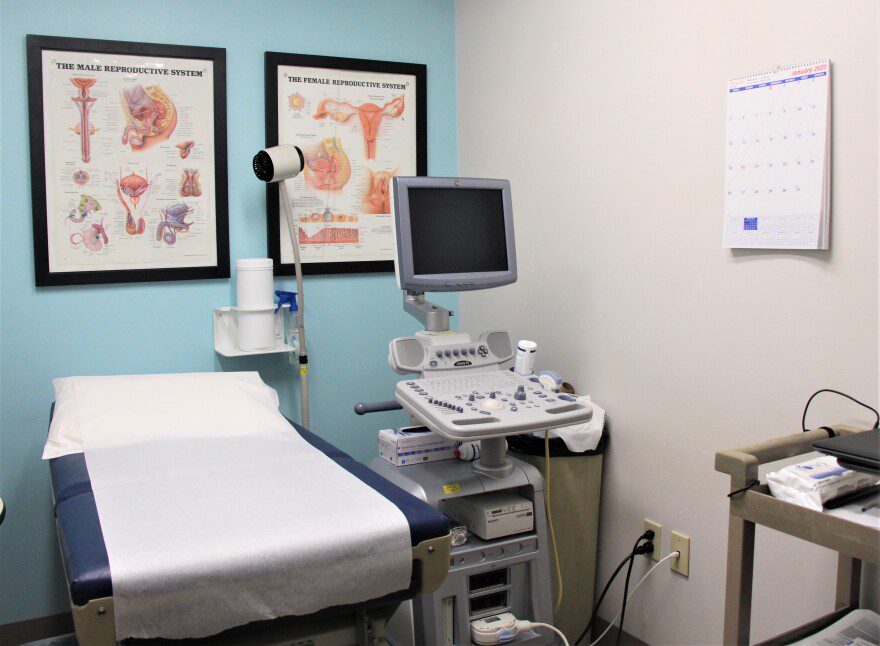 Wichita, Kan. — Abortion rights advocates dismiss a legal opinion from Kansas Attorney General Derek Schmidt as a ploy intended to bolster the chances of passing a change to the state constitution.

Schmidt’s office issued a legal opinion contending that the change to the Kansas Constitution would not restrict treatments for medically dangerous pregnancies. Schmidt backs the amendment.

But groups opposing the amendment — and the prospect it raises of an abortion ban in Kansas — said the attorney general’s opinion was driven more by political motivation than any effort to clarify the law regarding ectopic pregnancies.

A pregnancy is ectopic when the fertilized egg implants outside the uterus, often in one of the fallopian tubes. Ectopic pregnancies are not viable and can threaten a woman’s life.

Christina Bourne, the medical director of the Trust Women clinic in Wichita, said legal uncertainty surrounding ectopic pregnancy termination is already scaring away some doctors from performing a procedure that can save lives.

“We’ve already seen physicians, in our own experience, turn away patients for an ectopic pregnancy because they don’t want to be associated with abortion,” Bourne said. “So we’ve had to arrange health care for people coming to us saying that their own doctors won’t take care of their ectopic pregnancy.”

Abortion rights advocates have raised concerns that the legality of treating ectopic pregnancies and other pregnancy complications could fall in jeopardy if Kansas voters approve the Value Them Both amendment next week. That change would pave the way for tighter abortion restrictions and a possible ban.

Schmidt, the leading Republican candidate for governor and a supporter of the amendment, tried to counter those concerns in a legal opinion released Friday. He wrote that state law doesn’t consider ending an ectopic pregnancy to be abortion, so tighter restrictions on abortion would not outlaw treatment that ends an ectopic pregnancy.

Schmidt issued the opinion in response to a question from state Rep. John Eplee, another supporter of the amendment.

The opinion is not legally binding.

“I’m not absolutely confident that the attorney general’s opinion would be followed by the courts,” said University of Kansas constitutional law professor Richard Levy. “It’s sparsely documented. It’s based upon, arguably, a speculative reading of statutory language.”

But Levy said that it’s unlikely prosecutors would target doctors who care for patients with ectopic pregnancies unless legislators specifically restrict that care in the future.

“I think a court would say, ‘That’s not consistent with due process to tell somebody it’s legal and then prosecute them,’” he said.

The bigger question, in the eyes of abortion rights advocates, is whether tighter restrictions would have a chilling effect on providers who might be wary of doing procedures that can be nearly identical to those used for abortions.

“People are afraid of being charged and criminalized for performing what is well within their standards of care for being a gynecologist — to treat ectopic pregnancies,” said Iman Alsaden, chief medical officer of Planned Parenthood Great Plains.

Women in several states with abortion bans have reported being denied care for pregnancy complications due to confusion around what is and isn’t legal — even where abortion bans include exceptions for instances of miscarriage and ectopic pregnancy.

“People who are suffering from inevitable miscarriages, their health is having to deteriorate before anyone will treat them,” said Greer Donley, a law professor at the University of Pittsburgh. “Abortion and pregnancy loss are very distinct things, but there’s enormous amounts of blurriness between the two.”

The Kansas News Service is a collaboration of High Plains Public Radio, Kansas Public Radio, KCUR and KMUW focused on health, the social determinants of health and their connection to public policy.