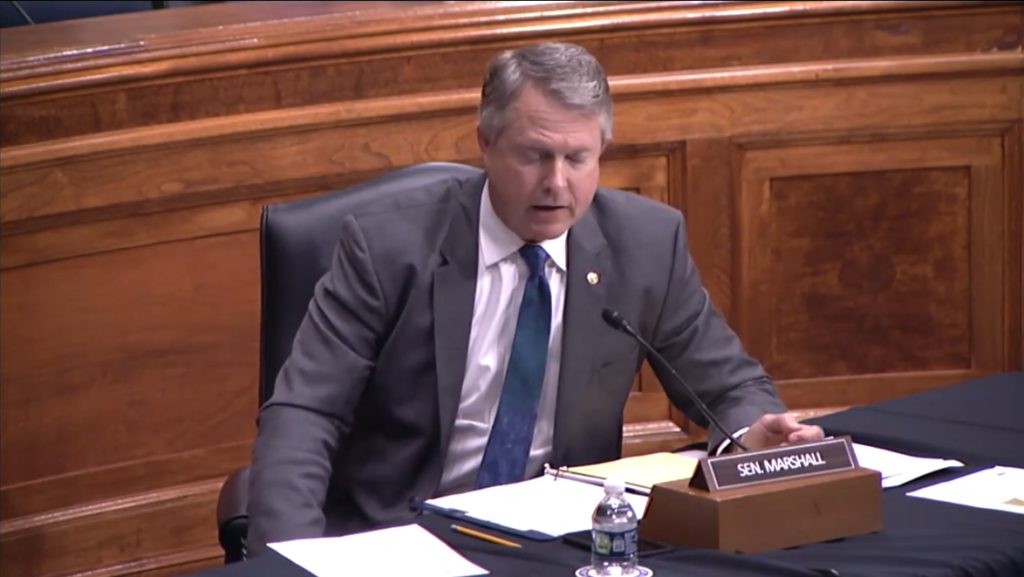 Overland Park, KS– Today, U.S. Senator Roger Marshall, M.D. – an OBGYN responsible for delivering more than 5,000 babies – released the following statement after it was announced he will serve as Ranking Member for a U.S. Senate Committee on Health, Education, Labor, and Pensions (HELP) hearing on abortion laws following the U.S. Supreme Court’s overturning Roe v. Wade and returning the issue of abortion to state governments. The hearing will take place on Wednesday, July 13th at 10:00am ET and will be streamed online here: help.senate.gov.

“Overturning Roe vs Wade was a historic occasion that signaled a new beginning for millions of unborn children. Now, the future of saving lives rests with the American people and their elected officials in the states. But this work is not finished. Mothers must continue to have access to services that will support them and their baby throughout and after their pregnancy, and women need to understand the undeniable threats that are posed by abortion methods, especially if they are prescribed and used incorrectly,” said Senator Marshall. “I’m looking forward to informing the American public why the Supreme Court’s decision is a positive development for our country and setting the record straight in the face of radical pro-abortion fearmongering. I appreciate Ranking Member Burr for yielding me the opportunity to use my knowledge and background as an OBGYN who delivered more than 5,000 babies to lead this hearing.”

Earlier today, Republicans on the Senate HELP Committee announced Brandi Swindell, Founder and Chief Executive Officer of Stanton Healthcare, will testify before the Committee about her work providing life-affirming maternal and infant health care for women experiencing unplanned pregnancies. Ms. Swindell will share the story of her organization’s success in providing alternatives to abortion and compassionate care to women across America.

WHERE: Hart 216 or streaming online at help.senate.gov

Senator Marshall practiced medicine in Great Bend, KS for more than 25 years. As an OB/GYN, he delivered more than 5,000 babies, giving him a deep appreciation and passion for the sanctity of life and an intimate understanding of the healthcare system. During his time in medicine, Senator Marshall was more than a physician. For 25 years, he was a business owner who signed a paycheck every other week for a practice that grew from 5 people to eventually more than 300.

In April 2022, Senator Marshall questioned Food and Drug Administration (FDA) Director for the Center for Drug Evaluation and Research, Dr. Patrizia Cavazzoni, about the Biden Administration’s efforts to reduce safety protocols for chemical abortion drugs. You may click HERE or on the image below for video of Senator Marshall’s questioning.

Upon entering the U.S. Senate in January 2021, Senator Marshall’s first bill was the Protecting Life in Crisis Act. This legislation would prohibit any funds that are authorized or appropriated for the purposes of preventing, preparing for, or responding to the COVID–19 pandemic, domestically and internationally, from going toward abortions or abortion coverage. Additionally, Senator Marshall is an original cosponsor of the following pro-life bills: