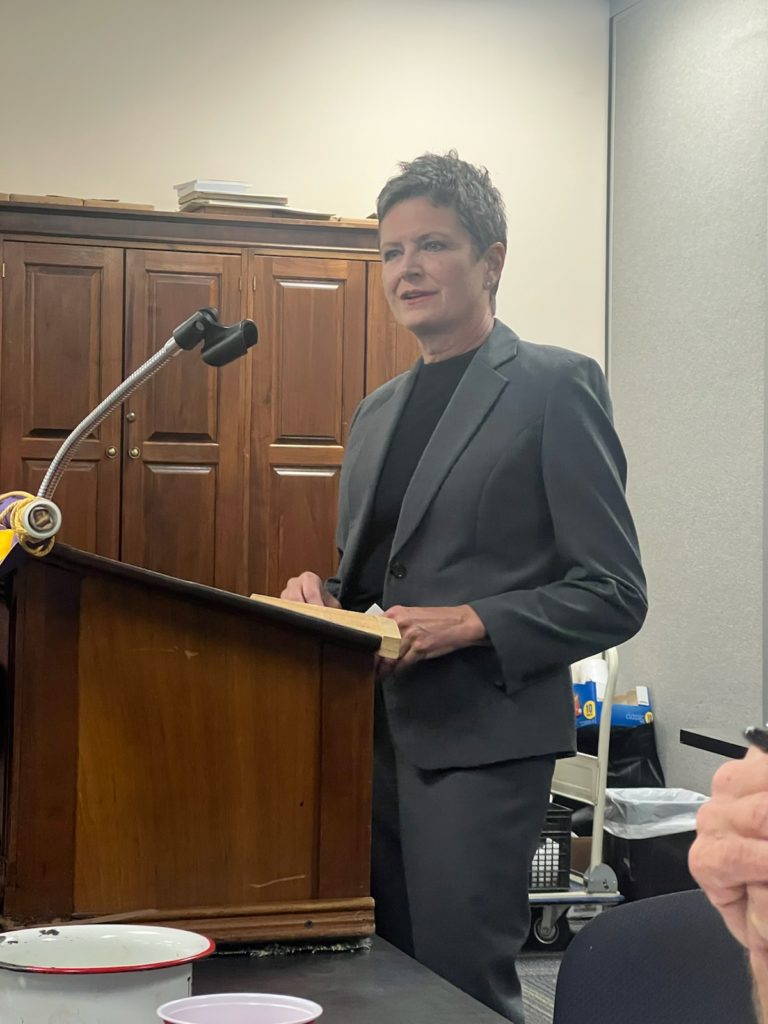 A historical anomaly is taking place in Kansas that many people don’t even realize is happening.  Six out of 7 Kansas Supreme Court Justices are up for retention during the November general election and there are 14 judges on the court of appeals with half of them on the ballot.

But what is retention? Justices on the court face retention during the first election after they’ve sat on the bench for a year.  After their first initial retention, judges that are on the Court of Appeals serve a four-year term before they face another election where judges on the Kansas Supreme Court sit for a six-year term. Judges are retained by voters on the general election ballot, which is why those names will be on the ballot come November along with the two constitutional amendments.

Retired Supreme Court Justice Carol Beier met with the Clay Center Lions Club and spoke on the importance of keeping these justices in their positions.

Beier stated that if these offices are routinely changed, there will be a stability issue and then in turn it could turn into a quality of applicant problem. “Current justices and judges understand their roles as a fair, impartial, nonpolitical actor and consider only the issues framed by the parties and counsel, the facts demonstrated to exist by admissible evidence, and the applicable rule of law when they decide cases. They should keep their seats.”

The second amendment   would preserve the right of citizens of each county that elected a county sheriff as of January 11, 2022, to continue electing the county sheriff.  This amendment would also provide that a county sheriff only may be involuntarily removed from office pursuant to either a recall election or a writ of quo warranto initiated by the attorney general.

The last day to register to vote in Kansas is October 18th. If you are ready to vote, you can go to www.vote411.org/