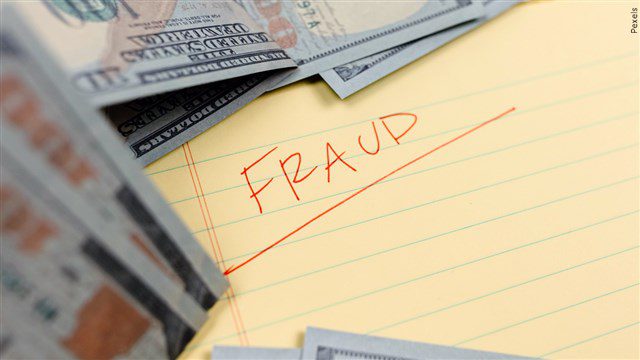 Kansas City, KS– The Justice Department announced today the results of its efforts over the past year to protect older adults from fraud and exploitation. During the past year, the Department and its law enforcement partners tackled matters that ranged from mass-marketing scams that impacted thousands of victims to bad actors scamming their neighbors. Substantial efforts were also made over the last year to return money to fraud victims. Today, the Department also announced it is expanding its Transnational Elder Fraud Strike Force to amplify efforts to combat scams originating overseas.

“We are intensifying our efforts nationwide to protect older adults, including by more than tripling the number of U.S. Attorneys’ offices participating in our Transnational Elder Fraud Strike Force dedicated to disrupting, dismantling and prosecuting foreign-based fraud schemes that target American seniors,” said Attorney General Merrick B. Garland. “This expansion builds on the Justice Department’s existing work to hold accountable those who steal funds from older adults, including by returning those funds to the victims where possible.”

“As technology evolves so does the complexity of the scams targeting older adults. Unfortunately, too often these fraudulent schemes procure large amounts of money from victims,” said U.S. Attorney Duston Slinkard. “The DOJ won’t waver in efforts to dismantle these criminal enterprises and bring perpetrators to justice no matter where in the world they are based.”
During the period from September 2021 to September 2022, Department personnel and its law enforcement partners pursued approximately 260 cases involving more than 600 defendants, both bringing new cases and advancing those previously charged.

This past year, the USAO –District of Kansas prosecuted cases related to fraud committed against senior citizens.

• In February 2021, Oyindamola Akinrinola, 24, of Lawrence pleaded guilty to one count of wire fraud. She admitted to receiving more than $160,000 in deposits related to scams and remitting the majority of money to Nigeria after keeping a portion of the proceeds for herself. Sentencing is scheduled for November 15, 2022.

• In May 2022, Innocent N. Ugwu, 24, of Fort Riley was indicted on five counts of wire fraud, five counts of laundering monetary instruments, and one count of procurement of citizenship or naturalization unlawfully. Ugwu is accused of conspiring with others to commit fraud using false pretenses and promises, and the omission of material facts to carry out romance, advance fee and other fraudulent schemes.

As part of the USAO –KS’s elder fraud efforts, it engages in outreach to the community and industry to raise awareness about scams and exploitation and preventing victimization.
The Department also highlighted three other efforts: expansion of the Transnational Elder Fraud Task Force, success in returning money to victims and efforts to combat grandparent scams.
The Department announced that as part of its continuing efforts to protect older adults and bring perpetrators of fraud schemes to justice it is expanding the Transnational Elder Fraud Strike Force, adding 14 new U.S. Attorney’s Offices. Expansion of the Strike Force will help to coordinate the Department’s ongoing efforts to combat largest and most harmful fraud schemes that target or disproportionately impact older adults.

In the past year, the Department has notified over 550,000 people that they may be eligible for remission payments. Notifications were made to consumers whose information was sold by one of three data companies prosecuted by the Department and were later victims of “sweepstakes” or “astrology” solicitations that falsely promised prizes or individualized services in return for a fee. More than 150,000 of those victims cashed checks totaling $52 million, and thousands more are eligible to receive checks. Also notified were consumers who paid fraudsters perpetrating person-in-need scams and job scams via Western Union. In the past year, the Department has identified and contacted over 300,000 consumers who may be eligible for remission. Since March of 2020 more than 148,000 victims have received more than $366 million as a result of a 2017 criminal resolution with Western Union for the company’s willful failure to maintain an effective anti-money laundering program and its aiding and abetting of wire fraud.

Over the past year, the Department pursued cases against the perpetrators of “grandparent scams,” otherwise known as “person-in-need scams.” These scams typically begin when a fraudster, often based overseas, contacts an older adult and poses as either a grandchild, other family member or someone calling on behalf of a family member. Call recipients are told that their family member is in jeopardy and is urgently in need of money. When recently sentencing one of eight perpetrators of a grandparent scam indicted under the Racketeer Influenced and Corrupt Organizations Act, a federal judge described such scams “heartbreakingly evil.” The Department is working with government partners and others to raise awareness about these schemes.

Reporting from consumers about fraud and fraud attempts is critical to law enforcements efforts to investigate and prosecute schemes targeting older adults. If you or someone you know is age 60 or older and has been a victim of financial fraud, help is available the National Elder Fraud Hotline: 1-833 FRAUD-11 (1-833-372-8311). This Department of Justice Hotline, managed by the Office for Victims of Crime, is staffed by experienced professional who provide personalized support to callers by assessing the needs of the victim and identifying next steps. Case managers will identify appropriate reporting agencies, provide information to callers to assist them in reporting or connect them with agencies, and provide resources and referrals on a case-by-case basis. The hotline is staffed seven days a week from 6:00 a.m. to 11:00 p.m. [ET]. English, Spanish and other languages are available. More information about the Department’s elder justice efforts can be found on the Department’s Elder Justice website, https://www.justice.gov/elderjustice.

Some of the cases that comprise today’s announcement are charges, which are merely allegations, and the defendants are presumed innocent unless and until proven guilty beyond a reasonable doubt in a court of law.