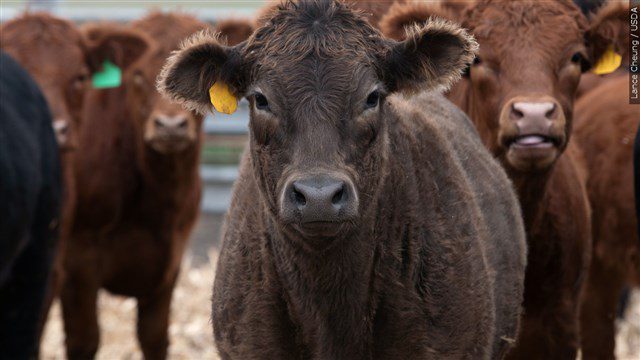 The laboratory’s Molecular Research and Development section, under the leadership of Jianfa Bai, clinical professor of diagnostic medicine and pathobiology, has developed a unique polymerase chain reaction, or PCR, bovine test specific for the endemic disease anaplasmosis and the emerging disease Theileriosis. These insect vector-transmitted diseases are caused primarily in the U.S. by the American dog tick for anaplasmosis, and the Asian longhorned tick for Theileria.

The new K-State test will allow veterinarians and cattle producers to screen their herds and herd additions for these specific disease-causing organisms, helping them more effectively prevent and manage the diseases.

Although there are more than one Anaplasma organism species present in cattle, anaplasmosis is caused by a specific bacterium called Anaplasma marginale. This organism can be found in all states except Hawaii and is endemic in many areas of the U.S. Infection can occur at any age, but clinical signs are usually only observed in animals over 2 years old. Anemia, difficulty breathing and death are common clinical signs. Treatment is usually successful with currently available antimicrobials.

Multiple Theileria species are present in cattle populations, but only Theileria orientalis genotype Ikeda and T. orientalis genotype chitose cause disease. As an emerging disease, Theileriosis has been reported in only a few states. The Asian longhorned tick responsible for the disease’s transmission has been found in only 17 states, but its range is expanding. This tick has not been found in Kansas, but it has been found in western Missouri and northwest Arkansas. T. orientalis infection can occur at any age. Clinical signs are similar to anaplasmosis, but these signs can be observed in both calves and adults. Unlike A. marginale, treatment for Theileria is much less successful.

“In the Molecular Research and Disease section of the Kansas State Veterinary Diagnostic Laboratory, our main goal is to develop molecular assays for detection of emerging and reemerging animal diseases,” Bai said. “Developing assays that can detect the targeted pathogens and differentiate closely related but less pathogenic ones is an important aspect contributing to disease management.”

For more information about the new test, contact the Kansas State Veterinary Diagnostic Laboratory’s client care service at clientcare@vet.k-state.edu or 866-512-5650.