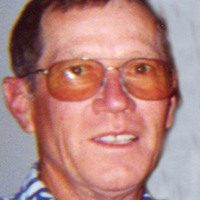 He retired from the Union Pacific Railroad after over 30 years. Before that, he served 3 years in the Army and was a Vietnam Veteran. Bruce participated in the Veterans Honor Flight in 2018.

Bruce was an avid outdoorsman who loved hunting, fishing, and trapping. He even got his picture in the paper in the 80s for a record catfish from the Republican River.

Bruce was preceded in death by his wife, Joyce Bigler, his parents, Mae and Jacob Bigler Sr, and sisters LaNora Eschelman and Connie Hullum.

He is also survived by great nieces and nephews, cousins, and a host of friends.

In lieu of flowers, memorial contributions may be made to the Kansas Honor Flight in his name and can be sent in care of the Neill-Schwensen-Rook Funeral Home.

We sincerely thank the Presbyterian Manor and Meadowlark Hospice for caring for our uncle. It was clear that they cared about him and we appreciate them greatly.

Interment will follow at the Greenwood Cemetery in Clay Center.