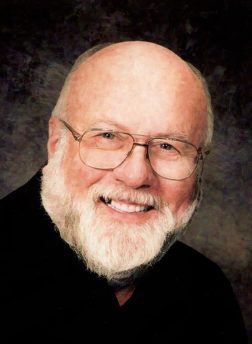 John Fajen, 77 died December 26, 2022 in Riley, KS.  He was born on May 28, 1945 in Vining, KS, the son of Walter and Olga (Dierking) Fajen.  John was raised in the Palmer and Clay Center communities.  He was a Class of 1963 graduate of CCCHS.  John earned a Bachelor’s degree from the University of Kansas and his Master’s degree and Ph.D. from Oklahoma State University.  John married Pamela Franson on December 26, 1969.  He served as a nuclear weapons technician in the US Air Force during the Viet Nam war.  John worked as a psychologist for Pawnee Mental Health in Manhattan for many years.  He moved into private practice with Andrews and Associates.  John was a member of St. Paul Lutheran Church, the Manhattan Solar Kiwanis Club, the Pott County-Wamego Kiwanis Club, past-District Governor for Kansas Kiwanis and a Boy Scout leader.  John was preceded in death by his parents; sisters, Myrna Koch and Evelyn Aufdenkamp and three infant siblings, Bernita, Gladys and Richard Fajen