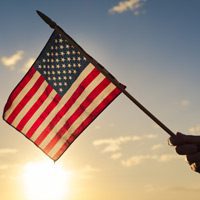 Ron graduated from Sacred Heart High School and then Miltonvale Wesleyan College. He continued his education at Emporia State University, and later earned a degree in Secondary Education and a Master’s Degree in Business Education from University of Missouri, St. Louis. In the 1960s he married Sylvia Harmon; they had five sons together, but later divorced. He then married Tami Dooley, and they had two children together before they divorced. In the early 2000s, he was briefly married to Linda Browne from Wichita.

For several years, he taught business courses at Soldan High School, St. Louis. While in St. Louis, he volunteered as the Assistant Wrestling Coach at Northwest High School. In April 1967, Ron enlisted in the Army National Guard of Missouri, where he was part of the competitive shooting team. Eventually, he left teaching and accepted a job as the District Manager with Ford Tractor and Equipment, calling on dealers throughout Iowa. While in Iowa, he bought and ran Bennett Equipment Co., a Ford tractor and machinery business. In late December 1977, he moved his family back to Concordia, and relocated Bennett Equipment Co. to Concordia KS, where he bought and sold used tractors/machinery and pursued his lifelong dream of being a stockman. Eventually, his love of trading machinery took him to Salida, Colorado where he owned Jack Shields Sales and Services for several years.

After his son Chad’s death, Ron moved back to Kansas, where he focused on raising cattle, running cow-calf pairs, weaning calves and running feeder cattle. A trader by heart, Ron managed to trade cattle, machinery and land long enough to buy his dream ranch in Long Creek, Oregon. He spent his last days enjoying his small town cafe, watching livestock and wildlife roam his pastures.

Ron is riding his big dun horse, Dunny, in greener pastures with his favorite dogs, Boots and Pedro, trailing a herd of nothing but the finest cows – maybe a buffalo or two – for a good story later on.

He is preceded in death by his parents, Alcid & Alexine Odette; son, Chad Odette; and sister, Karen Breault.

A Celebration of Life Service will be held at 10:00 a.m., Friday, Dec. 30, 2022 at Chaput-Buoy Funeral Home, Concordia, Kansas with Fr. David Metz officiating. Burial of cremains will follow in St. Concordia Cemetery, Concordia, Kansas.  Military honors will be conducted by the local American Legion Post #76 and VFW Post #588, Concordia.

Memorial contributions may be made to Our Lady of Perpetual Help Catholic Church or St. Concordia Cemetery, in care of the Chaput-Buoy Funeral Home, 325 W. Sixth, Concordia 66901.  For online condolences please visit, www.chaputbuoy.com

PrevPreviousSen. Marshall: This Christmas Season, Give Thanks to Kansas Farmers and Ranchers
NextObituary-John T. ArganbrightNext