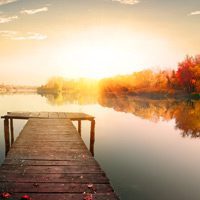 Scott Gelino, 66 died October 17, 2022, in Wakefield, KS.  He was born on February 19, 1956, in Clay Center, the son of Charles and Lois (Peterson) Gelino.  Scott was raised in the Morganville community.  He was a graduate of the Class of 1974 from CCCHS.  Scott farmed near Morganville and worked at many other jobs.  He was a member of the Sons of the American Legion, NRA and enjoyed hunting, fishing and sports.  Scott was preceded in death by his parents and a sister, Cindy Tunheim.

Visitation: 3-6:30 PM Thursday, October 20, at Neill-Schwensen-Rook Funeral Home.  A vigil service will be held at 6:30PM

PrevPreviousKansas Ranks Among the Worst in the Country on Both Mental Illness and Its Treatment
NextKDOT, Kansas Association of Counties’ New Online Tool Improves PlanningNext