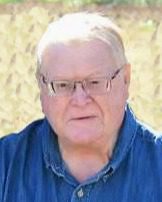 Greg(ory) Douglas Wells, age 71of Manhattan, died peacefully with his children by his side on Friday, November 25, 2022, at Ascension Via Christi Hospital in Manhattan, Kansas.

Greg was born on January 4, 1951, in Manhattan, KS to Guy Justin and Leota Mae (Pascal) Wells. He joined his sister Barb at home in Manhattan where he lived until graduating high school in 1969. While growing up he was an active member of the local boy scout troop, where he earned Eagle Scout status. He was also a member of the Manhattan High School football team and choir.

He met his future wife Denise Ann Dixon in middle school through the United Methodist Church in Manhattan. On December 20, 1970, they were joined in marriage there as well. After marriage, he and Denise were at home in Emporia, KS, where he attended the Emporia State Teacher’s College and was a member of Sigma Phi Epsilon.

In 1977, Greg and Denise joined his sister Barb and her husband Larry in the management of the Tiawah Hills Dude Ranch, in Claremore, Oklahoma. His love of horses was well suited to, the job. In 1980, his daughter, Samantha Kate was born, soon followed by Sean Alan in 1981.  The family moved back to Manhattan, KS in 1982.  Greg resided with his wife Denise and children at the house on North 48th Street until its loss to a grass fire in 2018.

Greg worked as an office specialist in the KSU Division of Biology for 30+ years. While at K-State he led many 1st grade field trips through the building learning about the natural history and wildlife of the area. Greg was an active adult leader of the Riley, KS Boy Scout troop and enjoyed teaching the boys and young men some of the finer arts of camping skills.

To some, Greg was known (or unknown) as Santa Claus for the Sedalia Church Christmas program or the Santa Paws fundraiser for the Humane Society held and the Candlewood Veterinary Clinic. To others, he was the “Voice of the Falcons”, announcing many different sports events over the years. He joked that once he announced an entire football game without a microphone. His voice was ‘booming’ enough to do just that – you always knew when Greg had entered the room. What many don’t know, is that he managed to do all of that while also caring for his wife, Denise through her extended illness. He was a devoted husband who’s love and commitment to his wife never wavered. He was also the most supportive, caring, fun, and loving father and grandfather.

In his later years, Greg’s mobility had been greatly reduced to due an injury from a fall in 2014. After the fire, Greg resided in Redbud Estates, where he remained until just recently. In this time, he enjoyed the continuation of his lifelong love of trivia and crossword puzzles (in pen) and watching football. If you visited Greg, you could almost guarantee that a game or program relating to football would be on.

He is survived by his children, Samantha Nott and her husband Eric of Shawnee, KS, and Sean Wells and his wife Christina of Margaretville, NY; his sister Barb(ara) Turnbull and her husband Larry of Downingtown, PA; two grandchildren, Brayden Wells and Dixon Nott. He is also survived by his nieces and nephews; mother-in-law, Carol Dixon, and sisters-in-law, Madelyn Short (Terry), and Cheri Vines (Billie).

He was preceded in death by his devoted wife, Denise Ann Dixon in 2002; his parents; father-in-law, Lyle Dixon, and nephew, Brian Hood.

Memorial services will be held at 1:00 p.m. Thursday, December 1, 2022 at the Anderes-Pfeifley Funeral Home with Pastor Kevin Larson officiating.

In lieu of flowers, memorials may be made to the Manhattan Optimist Club or U.S.D. 378 Riley County Athletics. Contributions may be left in care of the Anderes-Pfeifley Funeral Home.

PrevPreviousHere’s How This Year’s Drought has Battered the Midwest — and What it Might Mean for Next Year
NextObituary-Rosalita M. SkeelsNext